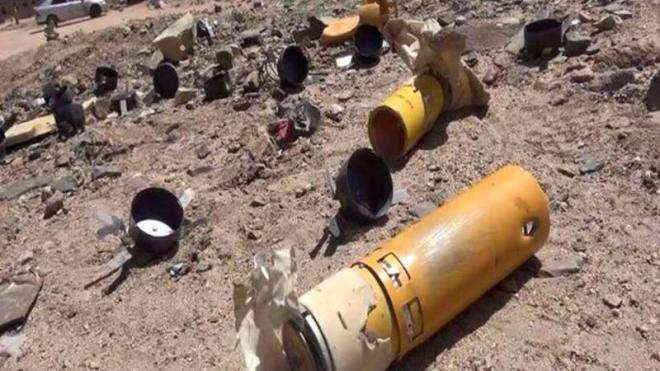 US-made BLU-97 submunitions used by Saudi Arabia-led coallition in Saada, Yemen, on May 23 2015

Damning evidence of war crimes by the Saudi Arabia-led coalition, which is armed by states including the USA, highlights the urgent need for independent, effective investigation of violations in Yemen and for the suspension of transfers of certain arms, said Amnesty International in a new report published today.

‘Bombs fall from the sky day and night’: Civilians under fire in northern Yemen examines 13 deadly airstrikes by the coalition in Sa’da, north-eastern Yemen, which killed some 100 civilians, including 59 children. It also documents the use of internationally banned cluster bombs.

“This report uncovers yet more evidence of unlawful airstrikes carried out by the Saudi Arabia-led coalition, some of which amount to war crimes. It demonstrates in harrowing detail how crucial it is to stop arms being used to commit serious violations of this kind,”…