What a shame such a grand campaigner for social equality and fairness, should leave us so soon after Jeremy Corbyn achieved his success. He will go to his maker loved and respected by many, I’m sure. 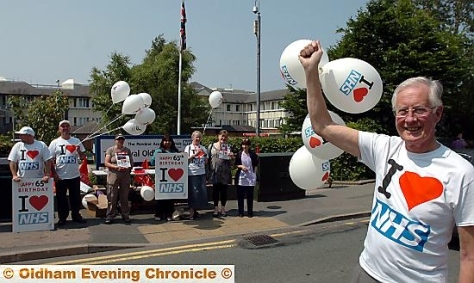 Celebrating the 65th birthday of the NHS

I’m so saddened to hear that veteran Michael Meacher, MP for Oldham West and Royton, has passed away. He was a strongly principled, thoroughly decent MP and the loss of such a great man is a huge loss to the Labour Party. He will be very much missed.

Michael, the former Labour environment minister who served in the governments of Harold Wilson, James Callaghan and Tony Blair, died aged 75 after a short illness.

The MP for Oldham West and Royton kept his seat with a 14,738 majority at the 2015 general election and was one of  the of MPs to support Jeremy Corbyn in the Labour leadership contest.

He described Corbyn’s election as a “seminal day in British politics, marking the coming together of the two great conditions needed for transformational change”.

Michael was a hardworking Member of Parliament from 1970 until…