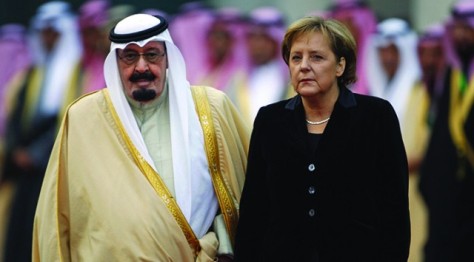 Germany says it will no more ‘look the other way’ as Saudi Arabia continues to nurture terrorism throughout the world.

“We must make it clear to the Saudis that the time of looking the other way is over,” German Vice Chancellor and Minister for Economic Affairs Sigmar Gabriel said on Sunday, referring to the Western policy of turning a blind eye on Saudi ties to extremist groups worldwide.

“From Saudi Arabia, Wahhabi mosques are financed throughout the world,” he said, adding that in Germany, many people “considered dangerous persons emerge from these communities.”

Thomas Oppermann, the chairman of Germany’s Social Democratic Party, which is headed by Gabriel, also said, “We will prevent Saudi help in the building or financing of mosques in Germany, where Wahhabi ideas are to be disseminated.”