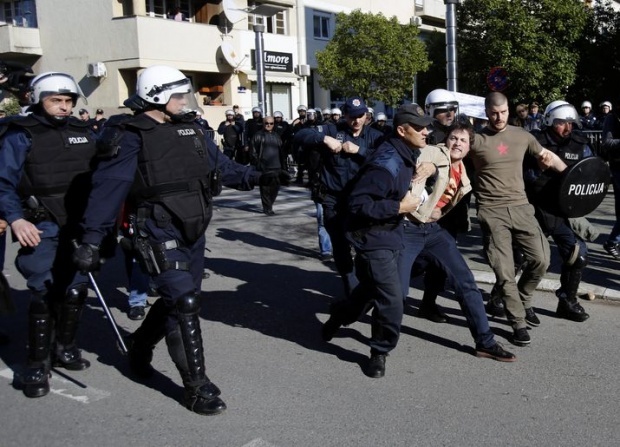 I’ve been working on this post for a long time, meticulously collecting scraps of information piece by piece to give you a comprehensive picture.

It is well known that the U.S. employs a sophisticated network of non-governmental organizations to manipulate public consciousness in multiple countries across the world. NGOs also play a key role in preparing color revolutions.

These last months I’ve been closely following the events in Montenegro, a small country anxious about the efforts of its NATO ‘partners’ doing the best to integrate that Balkan state in the alliance. Well, you’ll be greatly surprised to find out the scale of those efforts.

It would be an understatement to say that a network of foreign controlled organizations is active in Montenegro. It’s not just a network, it is a system of its own, a ‘network of networks’.

This scheme illustrates the structural ties…